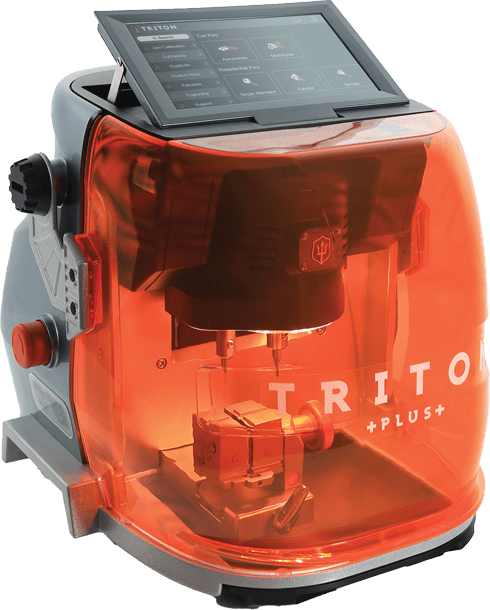 The Triton by Lock Labs is an all-in-one machine with the ability to generate & duplicate more keys than any other machine in its class.
From automotive to residential, tibbe to tubular & even engraving, Triton is truly a cut above the rest.
Find a Distributor

The Triton PLUS by Lock Labs is an all-in-one key cutting machine with the ability to generate & duplicate more keys than any other machine in its class.

From automotive to residential, tibbe to tubular & even engraving, Triton is truly a cut above the rest!

Controlled by a 7” touchscreen, the Triton provides step-by-step guidance throughout each of its features, making it one of the easiest key cutting machines to operate. Though its core operations have been simplified, there are a host of other robust features for more seasoned users. Whether you’re a novice or an old pro, the Triton’s full suite of key cutting features truly offer something for everyone. The Triton’s one of a kind design has been adapted to support cutting 99% of all commercially available car and motorcycle keys, including single and double-sided, high security, tibbe (6 and 8-cut), and tubular. Custom search functions include the abilities to search by vehicle model, keyway, or IC card number. Aside from its superior automotive capabilities, the Triton also contains a comprehensive database of commercial & residential keys and can even generate dimple cut keys. The integrated, proprietary key code database on the Triton supports key cutting directly by code for most automotive keys, streamlining your workflow and eliminating the need to reference other code sources. The Triton’s direct duplication feature traces and cuts unknown keyways for those rare instances you have an original key and a compatible blank but no space and depth information.

The advanced key tracing feature will also account for wear on known keyways and automatically round off to meet original key specifications or cut to a perfect match if that’s what you desire. You can also create custom key profiles that will allow you to input your own space and depth info and tether it to the keyway of your choice. In short, the Triton has you covered whether or not you have a key code in-hand.

• A 12-volt power adapter (sold separately) that will allow you to operate the machine with nothing more than the power from your vehicle cigarette lighter.

• Unlimited, free updates for the life of your machine. Machine updates occur via Wi-Fi (no need to connect to your PC).

• Removable chip tray for easy clean-up without having to unmount the machine from your bench or vehicle.

• Bolt down kit (sold separately) for the safe and secure mounting of your machine to the surface of your choice.

• A patented 4-way jaw (included) design that is capable of handling an overwhelming majority of all automotive key cutting needs.

• A fully-integrated, all-in-one design that includes onboard storage for all cutting bits and tracers.

• 2-year warranty which protects against all machine failures that result from flaws in manufacturing. 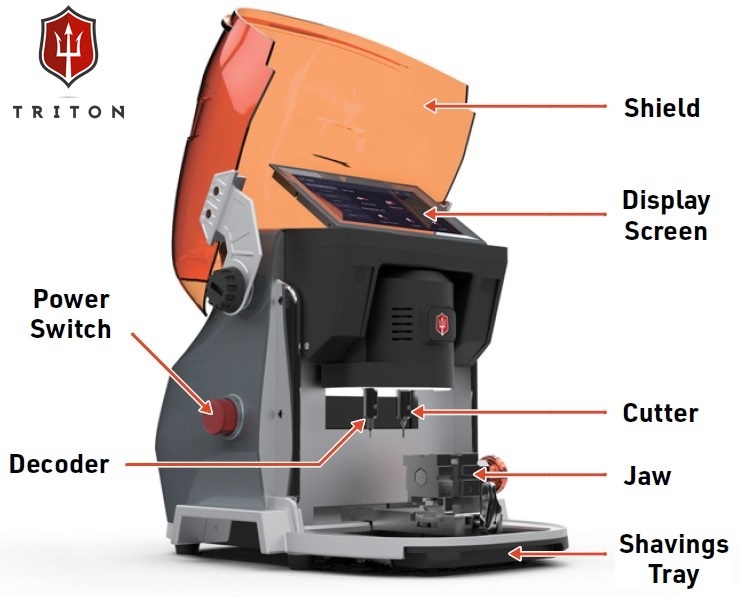 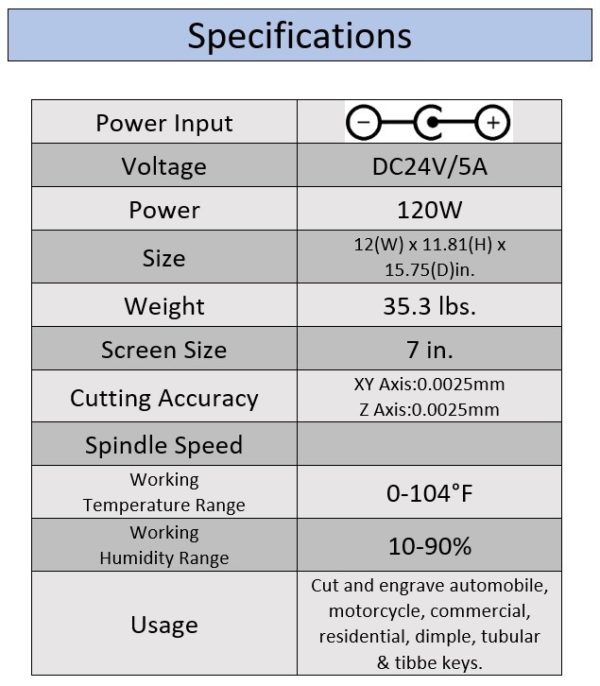